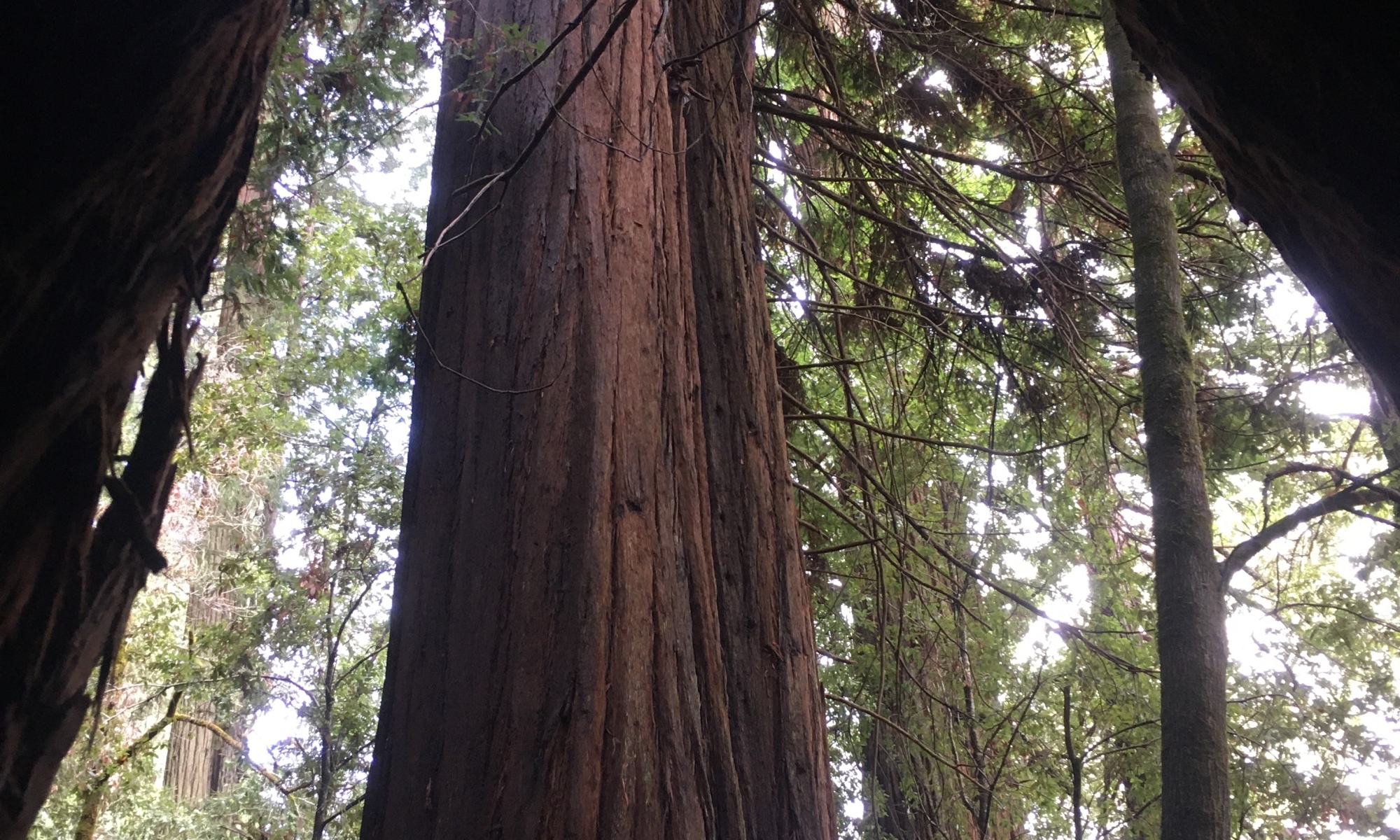 I don’t want to minimize the threat caused by the CZU lightning complex fire in the Santa Cruz mountains and Big Basin Redwood State Park. I do want to offer some hope for these iconic ancient California trees.

Sequoia sempervirens is a superbly fire adapted species. The mean fire return interval for the coast redwood varies widely, anywhere from every 6 to 25 years (and sometimes much longer). Ignition sources are both anthropogenic and natural (lightening). It should be noted that lightening is rare on the California coast, so intentionally set fires to manage the landscape, at least before the arrival of the Spanish, was certainly a significant contributor.

There is no doubt that coast redwoods evolved with fire. Just look at the dendrochronology (tree rings) of a fallen tree, or look at the fire scars ubiquitous in any mature redwood forest, or the big holes at the base of the trees, called sheep pens (a popular photo is always one of people standing inside them).

So, how do these trees, the World’s tallest, live with fire? A mature coast redwood has incredibly thick bark. How thick? Around 24 inches. That thick bark is full of a fire suppressing substance, tannin (which also gives them their red hue). Tannin also is an insect repellent which means there are few sick and dying trees that can create fuel for a crown fire. If that weren’t enough, redwoods are self pruning. In other words, as they grow they shed lower branches, denying a ladder that fire can use to climb, and crown, and kill, a tree.

Redwoods also grow really fast. In ideal conditions a seedling will reach its maximum height in about a hundred years before widening. So even younger trees are protected from tree killing fire because they are really tall and, again, self pruning.

Redwoods create a very thick, flammable, duff layer, which, when ignited, clears the forest floor of other species. The thick layer of duff prevents the redwoods tiny seeds from germinating. Fire clears the forest floor of duff, enabling the seeds to reach mineral soil and germinate. Without fire (or other disturbances such as a flood), redwoods propagate solely by cloning (that’s what the fairy circles are). Seed germination contributes to greater genetic diversity. Finally, when stressed, whether from fire, flood, or drought, a redwood will sprout basally.

The big question is whether extended drought, changes in the fog belt crucial to Sequoia sempervirens during the dry season, and any other, as yet unknown, impacts of climate change, will overwhelm Big Basin’s Redwoods considerable ability to live with fire. It is a big unknown. And that goes for the entire range of this iconic tree, from the Santa Cruz Mountains to its toehold just over the border in Oregon. However, if any tree can survive fire and even prosper by it, that would be our beloved, endemic, coast redwood. There is hope.