It is easy to become despondent over the fate of not only the natural world but humanity as well due to a multitude of challenges, not the least of which is climate change. Following the growing list of endangered animals and habitats, from polar bears to coral reefs, can feel overwhelming. That is why it is important to remember that humans not only have the capability to inflict damage to this planet, but the capability of healing it as well.

I was reminded of this on a recent visit to Año Nuevo State Preserve located 55 miles south of San Francisco, CA.  Año Nuevo is famous for its magnificent northern elephant seal rookery. Each year thousands of seals gather there to mate. People from all over the world come to witness mature bulls fighting for harems of cows. It is so popular that mandatory guides take you to the rookery and reservations are required and very hard to get.

I’m not that organized. I visited on a weekday this May. No reservations required, no mandatory guide and the parking lot was mercifully lacking in vehicles. The mature males are still far north off the coasts of Alaska and British Columbia so the crowds will wait until they arrive along with the females for the big show-which is the mating season that commences in December. But the cows and juveniles were there. I was treated to a beach full of molting elephant seals basking in the sun. While it was a cool, blustery day for humans (in the mid 60’s or 16⁰ C), it was hot for the seals, who flipped sand on their bodies to cool off. Juvenile males were play fighting in the shallows near the beach, preparing for the day when they will do battle for the right to mate with a harem of cows.

It is both wonderful and humbling to be within 100 feet of these gigantic animals.  A mature female can reach a length of 10 feet (3 meters) and a weight of 1500 pounds (600 kilograms).  The yet to arrive males are even more incredible, reaching lengths of 13 feet (4 meters)  and a weight of 4500 pounds (2,000 kilograms)! And they need all that weight because when they’re mating or molting, they do not eat. To gain all that weight, they spend the majority of their lives far from land, much of it underwater diving for deep sea creatures such as squid. Each dive may last as long as two hours, and as little as three minutes may be spent on the surface before diving again. They are among the deepest diving marine mammals, commonly reaching depths of 5,000 feet (1,524 meters). Therefore while they molt and mate on the beach, they are fasting—living off their fat stores until their return to the north where dinner is waiting in the depths of the ocean.

To witness these powerful creatures is inspiring—and lucky too. If I had visited the area in 1954 not an elephant seal would be found.  By 1892 the northern elephant seal population had plummeted to less than 200 individuals. Their rookery was restricted to one island, Guadelupe, off the coast of Baja California. Their near extinction was caused by indiscriminate hunting. The huge animals were coveted for their blubber which was made into lamp oil. Alarmed, the Mexican government banned hunting in 1922. With hunting pressure diminished the seals began to recover. A few years later the seals appeared off the southern California coast and the United States joined Mexico in protecting them. 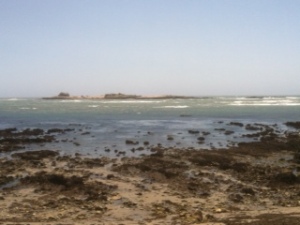 It took several decades, but in 1955 the first elephant seals arrived on Año Neuvo Island. In response the state purchased the Island and a strip of adjacent coast in 1958. The first pup was born on Año Neuvo Island in 1961. Today, thousands of seals visit the preserve to molt and mate.   From those 100-200 surviving seals a population of 200,000 exists today and their numbers continue to grow. If not for the foresight of the Mexican government these animals faced certain extinction. That decision saved for the world a magnificent animal that enriches our lives and sparks the imaginations of young and old. A world without them would have been a lesser place indeed. So, when you are prone to despair over the seemingly endless environmental disasters our species has caused, think about the northern elephant seal and its return from near extinction. It helped me.